Over the years, I’ve worked at a number of companies as they go through buyouts, takeovers, restructuring, downsizing. Because many of my jobs have come through temp agencies and creative staffing agencies–temp agencies for people in creative fields–I’ve seen a fair bit of this. Temps are brought in when the company doesn’t want to hire full-time permanent staff. Some companies exist on “temporary” staff for years. I worked as a “temp” at one job for almost four years. There were lots of us there in the same position.

During the buyout of one large company–the brand is found everywhere from hospitals to manufacturing to aeronautics–the layoffs were announced in stages. When the first round of administrative layoffs occurred, you could hear weeping in the hallways, and everyone walked around in a fearful hush, like it was a sick ward and we were all worried about catching it next.

The same feeling has descended upon the staff of Portland Parks and Recreation. When I left one community center in March, the $7 million budget shortfall had just been announced, and rumbles of staff cuts followed like thunder announcing a storm. Budget meetings were held all over the city, to packed houses. People asked questions that got noncommittal answers. Bucks were passed. Brows were furrowed. Managers held serious meetings. Cuts were coming, and it would happen before the beginning of the fiscal year (July 1), but they didn’t know exactly who would be cut. The list was narrowed down to a certain range of classifications, and there was a long-shot appeal launched through the city commissioners.

Valiant efforts by the union representatives to sway the vote did not succeed. The city budget was passed last week, with only one commissioner, Jo Ann Hardesty, voting against the budget. She is quoted frequently saying “a budget is a moral document.” This is true in city governments and in businesses and in households. What you choose to spend money on reflects and expresses your morals, shows what you place value on.

And now there are nearly 70 people out of a job in Portland. Seventy people with a specific skillset–serving the community in recreation and arts education–who now have to figure out how to support themselves. Seventy people whose paychecks were already meager, who were already working in jobs that paid less than they needed because they believed in what Parks and Recreation stands for, what it provides to the community.

This is a more painful round of layoffs than I have seen before. Maybe because I know three of the people getting cut, and I’m watching this from the sidelines. But Parks and Recreation is a different kind of place to work. It’s not like companies, places where you can earn a decent living, or like that mega-company in which the layoff virus spread unabated until every corner was singed.

At Parks and Recreation, you interact with people off the street every single day. You help them find the right music class for their seven year old, or give an elderly person directions to the right bus line. Sometimes, you have to chase teenagers out of a practice room where they’re drawing baffling graffiti because they don’t have anything else to do.

There’s the woman from the Ukraine who learned how to sculpt in a Parks and Rec class
–and discovered she has a real gift for three-dimensional art. Parks employees get to witness that revelation, to be part of that woman’s joy, and part of her pursuit of a new thrilling part of herself. 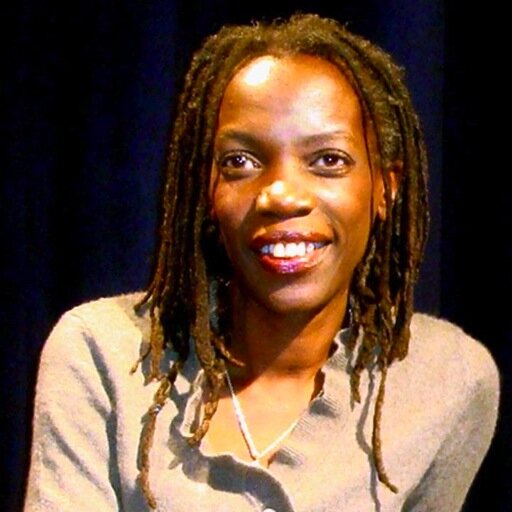 Jo Ann Hardesty, the only person at the city who fought for Parks.

That never happened at MegaCorp. I spent my days processing accounts receivable/deliverable for selling widgets overseas.

Parks and Recreation is a connection between the community and the city. The city has chosen to spend their money somewhere else, somewhere that’s not the community.

They’ve taken the money away from the 70 people who handed a basketball to the kids from down the street who need a place to shoot hoops. They took money away from 70 people who, instead of working in an office or in retail or some reliable job that pays well, found the one employer who would pay them to work in their art form–music or dance or literature–and still make an okay living. They sacrificed better wages to help the community access the same art that gave them so much joy.

And the city just said that doesn’t matter. The people who screwed up this budget aren’t the ones who are getting laid off, but that doesn’t matter either. These 70 people who worked long past their shifts and cleaned up disgusting messes and know every nook and cranny of their facilities get to hit the bricks.

I’m pretty disappointed in this city right now. Their morals are on full display, and it’s so defeating. I don’t know how the city will maintain any connection with the community after this; with fewer people to staff positions, programs will be cut, and people will wander away from the emaciated community centers across town. Economists and educational psychologists can tell you the inevitable conclusion of that story: rising truancy, drug use, gang involvement, crime, incarceration. One man, who works with incarcerated youth, pointed out that the government pays for these kids one way or the other; either with programs to help develop them into responsible human beings, or when they’re locked up.

Of those 70 people, I’m thinking of my three friends, intelligent and funny and talented and committed people who just lost their jobs. The city has lost dozens of hard-working, community-focused employees who tried like hell to spread their light around the world, like we’re all told to do every damned day. Lot of good it did them. Lot of good it did the city.

Thanks, Mayor Ted “Bean Counter” Wheeler and the rest of the accountants running the city. You’re losing the heart and soul of this place, and you’re so blinded by dollar signs you have no idea what you’ve lost.