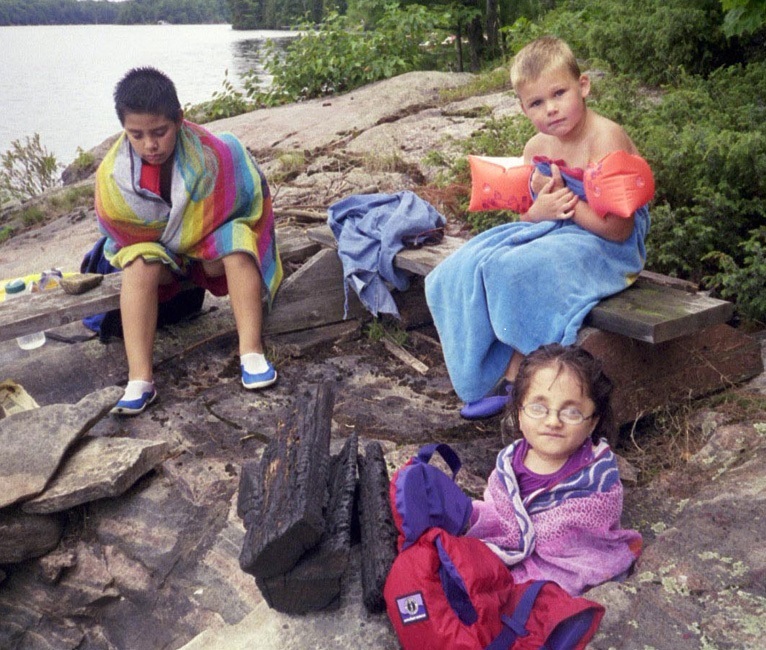 One of the boxes of research my sister sent was lost or delayed in the mail, but its delivery is promised today. The first box, which we had to shroud in plastic and remove from the house, was a goldmine of information carefully sourced and documented by my aunt. It’s not surprising that she was meticulous in her research, as her life was spent first as a chemist and later as a patent attorney. She was part of a long line of educated, intellectual women on my mother’s side. Which I *love.*

I’m eager to see what’s in this box. The last one detailed my maternal grandmother’s lineage, including a longhand recounting of how my grandmother, a native Chicagoan, came to live in Colorado as a child, stories about which I dimly remember my grandmother telling me. Now I know why her mother and she — and not her two siblings — lived on a horse ranch in Arapaho. My great-grandmother, widowed with three kids, pursued teaching certification and went to Colorado to teach. One child went to live with relatives, one went to boarding school, and my grandmother, the oldest, lived in Colorado where she learned to be a card sharp from the ranch hands.

I retained that bit, at least.

When I was a child, I couldn’t absorb the vast structure of a family’s story. The whos and wheres and why-fors made no sense to me, looking at my elderly grandmother, who most certainly could never have been a child. Now that I have children, and I witness them in their adulthood, I understand better this compression and expansion of time. Their childhood seems to have happened ages ago, but it was only two decades or less ago that they too lived mysterious lives about which their children will one day ignore stories.

I’m glad to have my aunt’s writings and documentation, gathered well before internet access, to fill these gaps. Very little information on my Irish side was left empty, but with each document and handwritten story, my greats- and grands- and cousins first-second-twice-removed become fuller people. They had successes and failures, huge family gatherings and huge family rifts, tempers and great loves, poor decisions and brilliant choices. Not all of it is documented, but some is gleaned from divorce filings and marriage licenses, land ownership and multiple home moves, name changes and great uprootings from Chicagoland to parts west, always west.

I expect there will be a day when my life and choices and circuitous routes from there to here are questioned by some curious relational onlooker. The internet has allowed me to leave tracks more easily followed than my forebears, and I consider this writing to be documentation of my life, and Tim’s and our kids’, to a lesser extent. It’s my perspective alone, no formal documentation, no multiple sources proving my truth.

But maybe, for someone, it will fill in some gaps. Like my aunt’s narratives, written nearly in my mother’s same handwriting, or the stories shared by my newfound cousin Marion (whose father was my father’s brother!), maybe this material will help flesh out who we are, where we came from, why we did the things we did.

For better or worse, we all have family mysteries we want to solve. Some of us get to ask questions directly of the people involved. I only had one grandparent growing up, and little contact with extended family, so I have three lives worth of mysteries — plus their progeny of my aunts and uncles and greats- and grands- and step families — to wade through. Each photo I find, each story I read helps me understand my parents’ lives, and by extension, my own life a little better.

This sorting wheat from chaff has been an enriching activity during this historic pandemic, when the world has slowed enough for us to consider our place, who we are in this era, how our families function or fall apart, whether and how we’re contributing to society, and how we interact with and treat the people we love. Our forced isolation has led many of our gazes inward, into our roots, our origins. In fact, people are seeking lost family members now during quarantine in greater numbers than ever before.

Keeping apart from others has really brought people together. Just think of all the questions being asked in all those millions of reunions. May we all get the answers we’re looking for sooner rather than later.