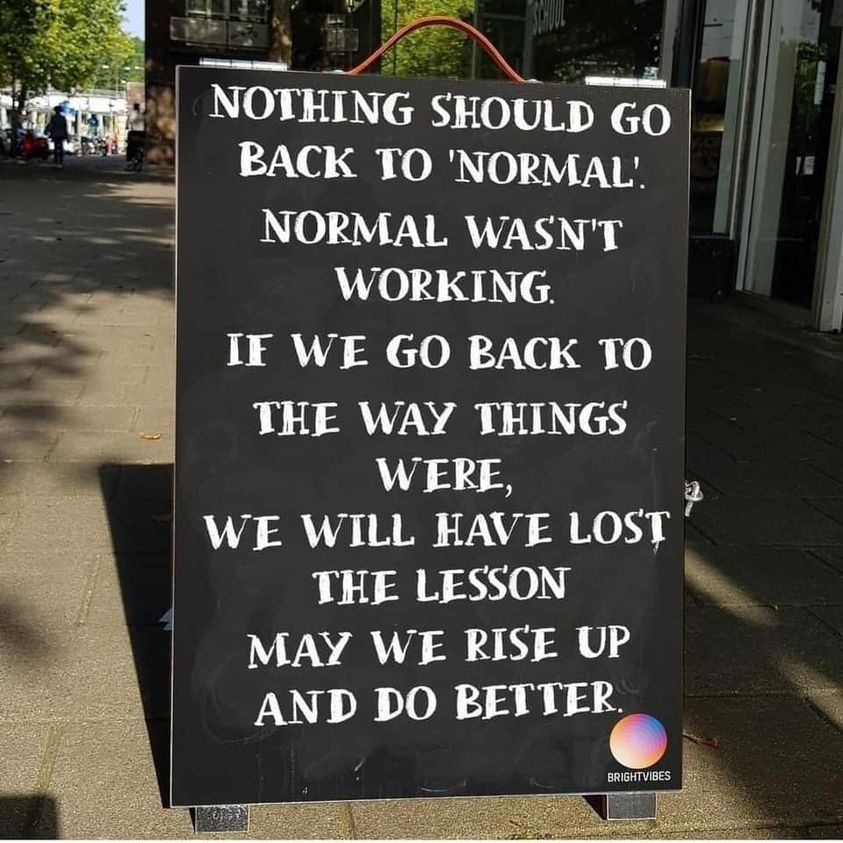 Early in quarantine, I bought myself a four pack of reading glasses. Even in our small apartment, I was frustrated at having to go back and forth to get glasses to read a recipe or instructions on a seed packet or the TV remote. I left a pair in my purse, the living room, one at my desk in my bedroom and one at my bedside.

After two months of hardly leaving home, I had lost three of those pairs. They’re somewhere in this small space, under the bed or the couch, maybe tipped into a wastepaper basket and now gone forever with the trash. I might happen upon them again, but it’s more likely that they’re gone with the deluge of life that’s happened since March.

Heading to my workout this morning, I realized I lost another thing I bought in multiples, now down from five to two. I’d bought some soft knit “masks” from an Etsy shop, and they turned out to be useless as protection and as headbands (under all this hair, my head is pretty small). I’ve been using them as my workout masks, following the letter — if not the spirit — of our apartment complex rules about wearing a mask during workouts. Because I’m in the workout room alone, and by appointment only, I have considered this a suitable compromise. But now, my cute, soft, mostly breathable masklets are gone. Who knows where.

Probably wherever the three pairs of glasses went.

In April, I lost my job. Technically, I still work for them, but not in the same capacity. Before, I worked in the office, helping administer class and lesson registrations, sometimes hall rentals, occasional subbing for piano teachers. The office is closed, but classes and lessons are being taught remotely, and now I’m one of those remote teachers.

I love teaching, but I miss being part of something bigger. The director of Community Music Center , Gregory Dubay, is one of the best bosses I have ever had, decent and kind, and shows his belief in equity in his actions, and I *love* working for him. And I miss it, even if being a customer-facing office staffer was often draining. The job served the greater purpose of providing music education, and I believe the arts are key to our shared humanity.

I’ve lost bigger things too. I’ve lost a lot of sleep, though I regained the ability to nap, so that’s a wash. Somewhere along the line, I lost my sense of humor — or maybe just my sense of joy. In quarantine, I have had long afternoons full of contentment, for which I have been deeply grateful. What a gift that has been. But my ability and willingness to experience joy have been dampened by the trudge of damaging policies inflicted at every level of government on my fellow man. I have not been directly affected by most policy changes, and that makes the despair even worse; the change is targeted specifically at non-white people. Who ARE we, America?

I certainly have lost hope several times along the way. Seeing long voting lines and passionate participation in our democracy has restored some hope, but I have lost all faith in our system.

Which, I have been learning, is a new experience for white people, but not new for Black people. Our system of government — national and local — has injured Black people and people of color so regularly it’s clear it’s a feature, not a bug.

That these people still feel like participating in our democracy made me steel my spine and step into action.

The most painful loss has been my faith in my fellow man. The ground under my feet no longer feels solid. There was a time when, even when the government enacted policy I knew was damaging, I had some faith that the people around me would still be GOOD, and kind, and reach out to a person in need, and accept the differences of their neighbors. I no longer have that faith.

And as a consequence of that loss of faith, I have lost some friends. Discovering the banality of their biases, the lack of intellectual engagement in the world, the refusal to look beyond their closely held but ignorant notions about science and race and society was too much for me to tolerate. In that respect, I also lost my tolerance for ignorance and pride, for psychological apathy, for the elevation of rote memorization of verses and dogma above their fellow man.

I became comfortable with deleting “friends” who showed themselves unwilling to self examine, to evaluate their beliefs in the face of contradictory evidence. As my wise friend Deb says, “bless and release.” I did a lot of that.

I can no longer trust white Christians the way I once did, and that’s a loss that feels deeper, like a betrayal. It was an unspoken contract; the people who taught me about God and following Jesus would BEHAVE like Jesus. That was, I thought, a reasonable expectation.

But it’s like finding out that my math teacher from high school can’t make change.

As I was pondering these ideas, this poem crossed my field of vision. This poet regularly takes my breath away, and somehow struck at the heart of what I was feeling and writing before I had shared my words.

Slumming it with God

I want you
To have
A fling
God says
To go out into the wide, wide world
And have a love affair with grief
I want grief to break your heart
For you to grow bored with judgement and recrimination too
Go wallow in fear
Gorge on hate, if you must
So that when you are done slumming it
You can come back home
You can come back home
To love…

My circle of hope has shrunk to my husband and kids and a handful of people with whom I have remained in contact. I have gained brilliant, powerful, outspoken new friends who energize my brain and my heart. I have gained a profound admiration for communities of Black people and people of color. The community I always longed for seems to exist in neighborhoods I was told were “dangerous.” Seeing the encouragement and embrace of commonality, the kindness and recognition of one another as whole beings fills me with hope even as I just think about it right now.

I have gained some thrilling, evocative, invigorating connections. I have gained a whole new kind of education, one of discernment and understanding that would not have been possible without going through some losses.

I’m taking this time to grieve. Today I wallowed in my loss. Tomorrow, says this sliver of hope radiating through the crack in my heart, I may have reason to feel joy. To trust again.

On this dark election eve, I’ll light a candle. For tonight, it will have take the place of the light I want to be in this world.