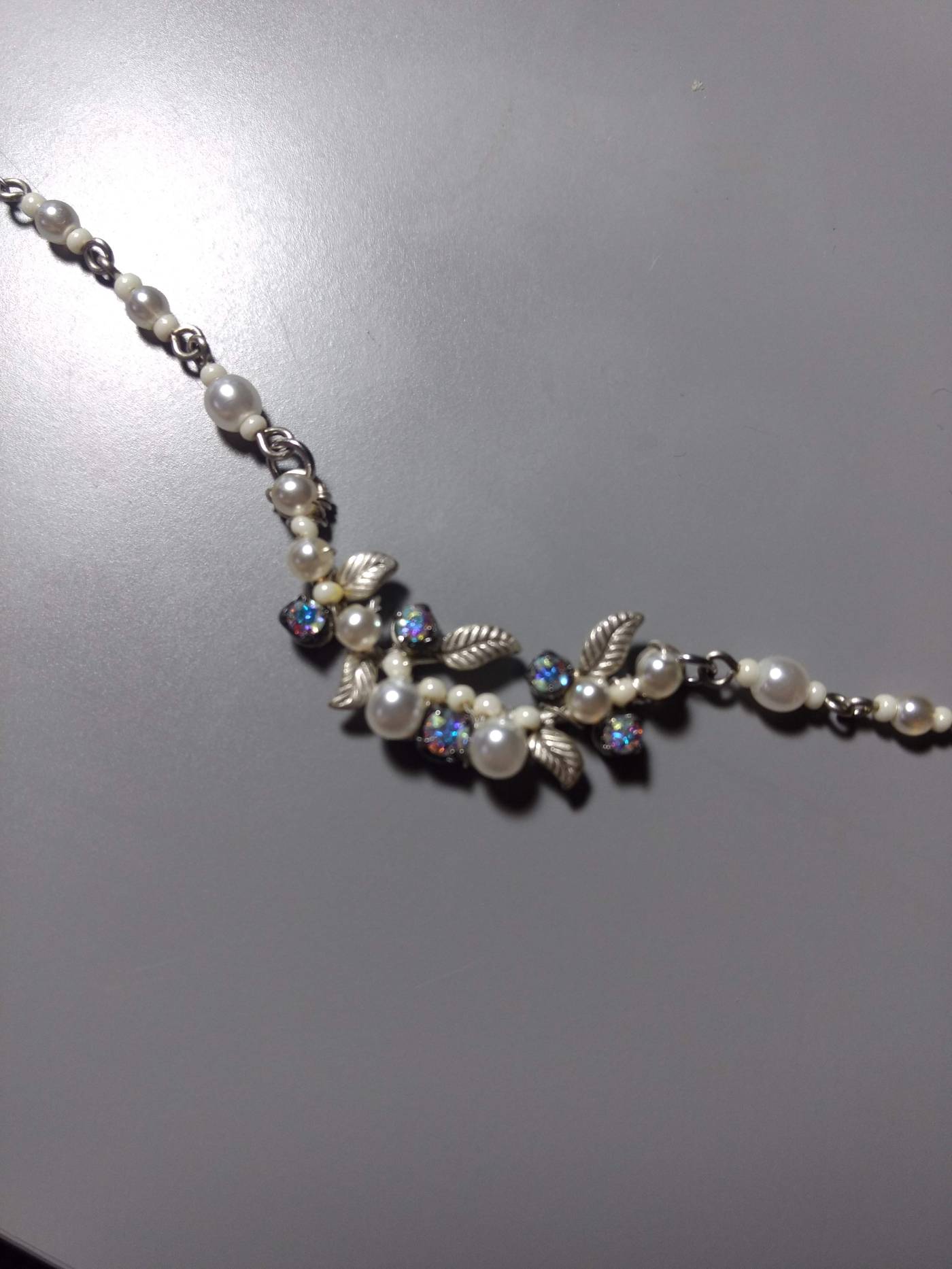 I don’t generally wear necklaces that rest near my collarbone, but I recently bought one that was so pretty I couldn’t resist. It follows the curve of the hollow of my throat, just low enough to keep me from feeling constricted. I’ve added extenders to it, but I’m still not completely comfortable in it; I’m always checking to make sure it’s not touching my throat. I’ll probably add more. 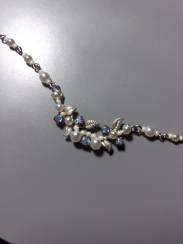 Long necklaces aren’t a style preference for me. I think short necklaces look lovely, and go with many necklines. Long necklaces draw attention to the bust, a focus that annoys me. But I can’t tolerate anything on my neck, because I was once choked by a romantic partner.

We were arguing, and he grew irate at something I said, and shoved me against a wall and choked me.

Earlier in that relationship, the first time we had sex was non-consensual. I told him no, I told him to get off me, I tried to push him off me, but he held me down and did his thing. I don’t even know how to talk about it accurately . . . I have had a deep pit of sick feeling about that night for years, a nausea and revulsion. I didn’t acknowledge it as a rape until discussions around the Kavanaugh hearing brought up similar circumstances. Other women described situations just like mine, and put a name to it: sexual assault. “Oh,” I thought. “Oh, I see. That’s what happened. I was assaulted.”

According to the Department of Justice, sexual assault is “any type of sexual contact or behavior that occurs without the explicit consent of the recipient.”

I was on a date, so I thought it didn’t count. I thought I was just an idiot. I thought I’d just made a bad choice letting this guy into my home, into my bedroom.

Later, I let him into my life.

Years later, he got angry and tried to choke me.

My sister and I are very close. No one knows more about me and my life than she does. She has known about every relationship I’ve had, in detail I don’t share with anyone else.

Until a couple of weeks ago, she didn’t know about this sexual assault. It happened more than two decades ago.

I had to be wrong. It wasn’t some gross stranger in a dark alley. It was someone I knew. Someone I was attracted to. Someone I went out with.

Before the Kavanaugh hearings, if I remembered that night at all, it would flit through my head like a storm cloud, and I’d shake it out. Go right past it. The last few weeks have me visiting that night in my memory more often. I remember being held down. I remember saying “no”. I remember jumping up when he rolled off me, locking myself in the bathroom and curling into a ball on the floor.

I wasn’t a virgin. I wasn’t ashamed about having sex.

I had said “no” and he ignored me and took what he wanted.

Millions of women are talking about their assaults now. They’re telling in detail about how their bodies were used without permission for someone else’s pleasure. My story isn’t unusual or notable in any way. It’s just another example of a man ignoring what a woman says and doing what he wants.

This is the heart of #MeToo, of mansplaining, of rape culture, of patriarchy. Men take what they want by force–by assault, by intimidation, blacklisting people, or just by raising their voices and talking over them. I’m sure I’ve lost some of you because I used those words. Hell, if those words bother you, I bet you didn’t even read this far.

I didn’t talk about my assault. I didn’t tell anyone. I wasn’t bruised or cut or broken, but I was damaged. My self-determination was ruined. I wasn’t in charge of my body, how could I be in charge of my life? If I don’t have the authority to stop someone from having access to my most private of body parts, the most intimate act, how could I claim the authority to choose anything?

I’m strong enough now to handle these memories and the feelings they’ve stirred up with control and calm. I’m not the person I was 20+ years ago; I have tools and resources for dealing with the panic that arises when I remember that assault, and the feeling of his hands on my neck.

That romantic partner is long gone. I ended it after he choked me, another decision that helped build my stamina, my will. I can move on. I am not stuck with whatever he decides I am allowed.

I fold the memory of who I was into the knowledge of who I have become; a loudmouth, observant, compassionate, fearless, with a pulsing sense of humor. I wear long necklaces.

One thought on “Necklace”