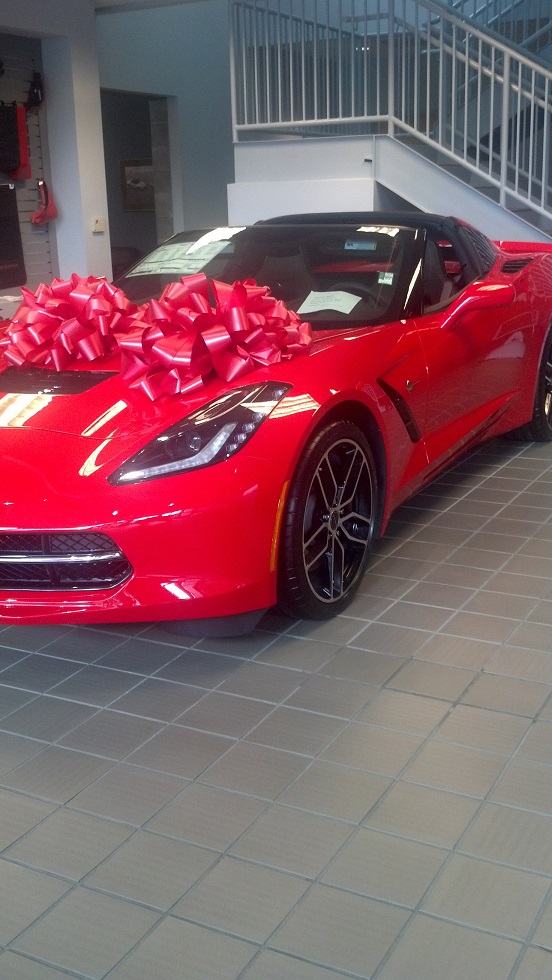 Lately, we’ve had a string of car troubles. Well, going back even further, we’ve had years of car troubles, owing to our tendency to own used vehicles. They’re cheaper at the outset, but in the long run, you spend about as much in repairs as you would in monthly payments. When we were both earning a paycheck, we made the decision to buy a newer used car, which is the car we own right now.

This is a 2011 Chevy Equinox, which has been a great car, and has seen us through a couple of long car trips. It has now traveled the entire width of this country, taking us first from Chicago to New York and back when it was but a week old. Vern, as we call our Equinox, took Sophia and me to and from college visits, then helped us move her into the dorm, then took me out to her university several times that year, then took Thomas on his college visits. Finally, filled with our luggage, a dog, a cat, and a tiny litter box, Vern brought Tim, Sophia and me out here in 2013. Vern’s been very good to us, managing the spectacular mountains, two days in Yellowstone and the drive across the Tetons and home to Oregon without even a minor complaint.

About three weeks ago, Vern started making noise. Tim diligently took him in for an oil change, which he has done every 3 months/3,000 miles as instructed, and the mechanics informed us that Vern had no oil in him at all. Dry as a bone. Puzzled, we tried not to panic over our dear firstborn automobile, tried not to assume the worst, and got him into the dealer poste haste.

The news was not good. We grieved Vern’s lost perfection and held our breath, expecting an enormous bill to prevent us from making the necessary repairs, thus plunging us back into the despair of old-nasty-used-car-dom once again. Familiar territory, we knew we could manage. I wasn’t thrilled, but I could deal.

But then the dealer called. GOOD NEWS. This never happens with car repairs, which is why I had to tell the world about it. When my husband was calling to have the car towed from CarMax (where we bought it and had maintained the extended repair protection package) to the dealership (the Level IV Neo-Natal Auto Nursery where they could address Vern’s illness), he asked how much the tow would cost.

“How much would you like to pay for the tow?” the dealer rep asked.

Flummoxed, Tim answered, “well, how much do I have to pay?”

It turns out that the car was still protected by the manufacturer’s five-year warranty, covering all defects to the drive train.

I love that phrase, drive train. It’s visual for me. I see a tiny little toy train housed in a channel in the middle of the chassis, attached to the front and rear axles, with a tiny conductor inside checking all the systems, adding coal to the fire. I know that’s not how a car works, but my imagination is a playground.

Anyway, the tow to the dealer was free. They did an inspection, and discovered that  the teeth on the gears holding the timing belt had chipped off, and bits were being flung around the engine compartment, rupturing holes in the walls of other parts. The tow was free, the initial diagnosis was free, and it appears that the entire repair will be free.

I have not lived in a world where a massive car repair like this was covered by a warranty.

In addition to the magical manufacturer’s warranty, the dealer handling this issue has been unbelievably helpful from the get-go. They pointed us in the direction of the warranty, which applies as long as no one has tinkered with the engine, which no one has. They did the research into what was covered, and arranged a loaner vehicle for the duration of the repair.

It looks like we will need a new engine. The repair is expected to take about three weeks, and while we could manage with public transportation around town, I’d have no way to bring home my daughter and her wheelchair from university. But the dealer didn’t know any of that, they just offered a loaner vehicle.

No charge. For three weeks.

Oh, and it turns out the loaner car they’ve given us is brand-spanking new. It had 27 miles on it. TWENTY. SEVEN. I felt guilty putting the next ten miles on it.

It reeks of new-car smell, which I find surprisingly delicious. It has a sun roof. It definitely has warp speed, like all 2015 models. I think it even has autopilot. I’ll be trying that feature when I drive down to the university later this week.

I will be happy to get my own sweet car back when its repaired. I’ll give him a nice hot bath,   prepare all his favorite foods, fluff up his pillows. He deserves it after what he’s been through. But for me, I’m going to enjoy the next three weeks of decadence. After all those years of struggling with cars and car repairs, it’s an utter delight to be in this position.

Thank you, Chevrolet, for taking care of your customers.

One thought on “Not a Complaint”