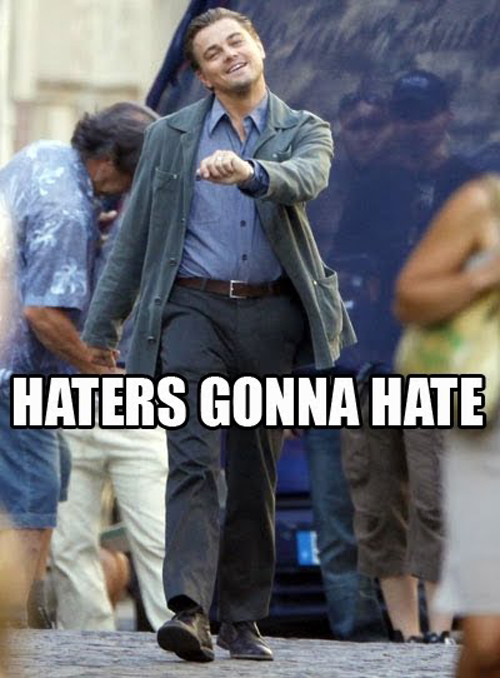 Over the last couple of weeks, I have jumped into the fray with some of you and argued the truth about police brutality against African Americans. Armed with unassailable sources and hard data, I’ve worked to show you not just how you’re factually wrong, but how you’re morally wrong. African Americans are seen and treated differently, treated as inferior, degraded and demeaned and maligned and killed by a large proportion of people in authority. You’ve been shown stories and statistics and research from a wide range of sources, and you continue to deny what’s right in front of your face.

So instead of engaging with your Fox News-force-fed-anti-intellectual bullshit, I’m going to apply this important lesson to my life going forward. When I’m chatting with friends about the miserable state of police brutality against my fellow citizens and you chime in with “if only we could teach people to do what the police say!” this is what you’ll get from me. 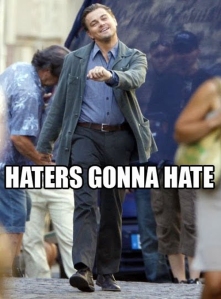 When you say “FBI statistics show…” and you quote some bogus numbers you heard on Fox that have been debunked this is the response you’ll get from me. 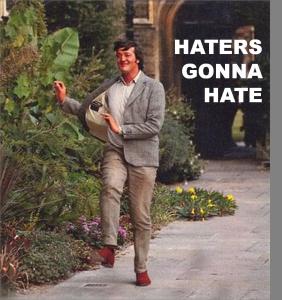 When you talk about how Morgan Freeman said we should all stop talking about race and all the problems will go away, but you ignore the thousands and thousands of African Americans voices telling their stories of how their race has been used against them time and again you’ll see this. 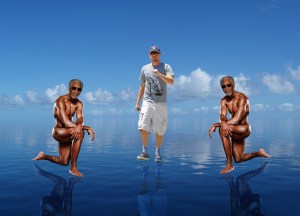 I’ve tried to show you the error of your ways. I’ve tried to point you toward some of those stories. I’ve asked you to listen to the voices joining in an ever louder chorus of complaint against a system rigged in favor of white men. You won’t listen. You won’t read. It’s obvious to me you believe exactly what you want to believe, and everything you read an

d listen to reinforces your beliefs. That’s why you listen to Fox. 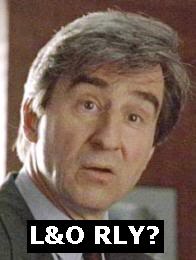 I used to be like you. I thought that the problems that showed up in the media were hyped, that people were blowing things out of proportion, that there wasn’t nearly as much bias as African Americans were saying there was, that I had been the target of unfair treatment too, that because I had black friends and half-Asian kids, that I REALLY understood, and that meant I could judge their claims as inaccurate.

Then something made me listen. Something woke me up. And all these voices, pained and frustrated and angry and hurt, cascaded into my consciousness, and I started seeing a pattern. No matter how hard they tried to be and do what they were told to be and do, African Americans *still* got treated as if they were criminals, thieves, pretenders, liars, cheats, lazy, ignorant, unfit. And all of these judgements were placed on them based solely on their appearance.

We’re ALL judged based upon our appearance, folks. What many white people don’t get is that the appearance-based judgement we receive gives us the benefit of the doubt. We’re largely given a pass on minor criminal or questionable activities because the assumption is made that we’re just people who made a mistake, not dangerous or threatening. That’s what they call white privilege, something many of you refuse to even acknowledge.

So I’m done. You people who’ve forced your way into the conversations of African Americans and allies discussing the outrage of this inequality and tried to argue that you somehow know better than they do about their own experience —  you’re not worth my time and effort and energy any longer. You’ve ignored every effort to educate you, you’ve rejected all of the evidence presented to you, you’ve outright refused to read anything that contradicted what you already thought.

You don’t want to learn. You don’t WANT to hear that people are in pain. Your actions show that all you want is to reinforce what you already believe; that African American people have created their own problems, and those problems don’t affect you, and that you don’t have to take part in fixing those problems. Guess what? you’re PART of the problem.

So I’m taking my energies elsewhere. While it’s been occasionally entertaining to engage in discussions with you, while I have gleaned the odd thrill from putting you in your place, there are much better uses for my time. I will throw my support to the voices of the oppressed (yes, they are OPPRESSED, whether you admit it or not), I will give my time to agencies dedicated to leveling the playing field, I will stand and witness and fight where I am needed, and I will no longer give you even desultory recognition.

I didn’t carry much from my religious upbringing, but I did carry this: whatsoever you do to the least of my brothers, that you do unto me. These are my brothers. These are my sisters. These are human beings with families and love and pain and joy and heartache. I can’t sit around any more and watch while they suffer.

The lines don’t need to be drawn in black and white. I’m going to add my lily white face to the black and brown faces and show you where the lines are truly drawn: in right and wrong.

Race matters to the future of our country. You can choose to stay right where you are, and pretend that the world isn’t changing around you. Keep your head in the sand. The tide of time will eventually bury you.

So don’t be surprised when I respond to your ridicule-worthy ignorance with a silly meme. 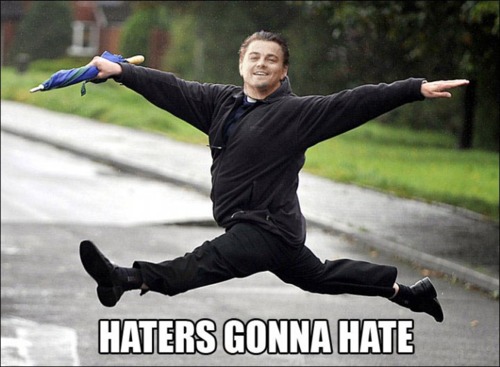