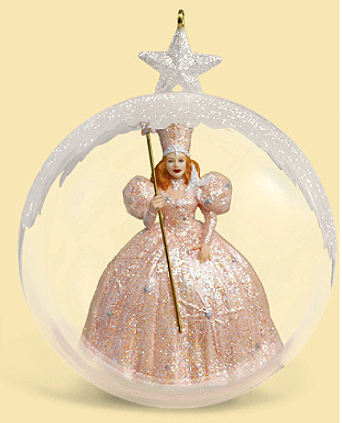 I was raised in an idyllic bubble. I grew up in a wealthy, white suburb of Chicago.

We weren’t wealthy, but my parents managed to send all five of us kids to Catholic school. I thought everyone in my town was white, Irish and Catholic. I didn’t realize how small my bubble was until I went to college and met people from vastly different backgrounds, different races, different economic circumstances, different beliefs.

While I was still a university student, I became pregnant, got married to a person of color, gave birth to two biracial kids, one of whom has a disability. My perspective changed considerably with those events. It’s safe to say my bubble popped.

Suddenly, starting at the age of 20, I had to make bigger choices than “should I take Eighteenth Century Literature from the Feminine Perspective or the Pynchon and Faulkner class?” My choices now entailed “how do I pay for new shoes for this kid?” and “Can we afford the gas to go to St. Louis to see the specialist?” The difficulty of being poor goes well beyond the day to day; it becomes ingrained in every thought, every action you choose. And the reality of each action being a choice is never more clear than when you have so little money that payday is the one day a month when you actually have cash in your pocket, and it’s gone by sundown, spent on bills and food.

Each mouthful is measured in dimes and nickles; each trip in the car is measured in gallons of gas. Everything you do is about conservation; you consolidate your menu to variations of two or three meals, so you can buy more cheaply in bulk. You get so sick of pasta and rice you can’t stand to look at them, but it’s the only option. Forget eating vegetables; most of the time, they’re too expensive. You walk, you ride your bike, you hitch rides with friends at every opportunity. Minutes are hoarded greedily, because they are a resource as rare and cherished as money. It’s a very hard life to be poor (even if you *do* have a refrigerator.)

And this is why I get so viciously angry when I hear people — mostly conservatives, but they certainly aren’t the only ones I know who live in a bubble — claiming that XYZ social problem could be fixed if the people “just did” this or that. These assertions rise out of such deep ignorance I fear there is little hope for understanding. I don’t pretend to have a full grasp of these global issues, but I have a good idea that the decision-making process isn’t as simple as the bubble-dwellers make it out to be. Bubble Dwellers have the luxury of convenience, of choices, that reality doesn’t support.

For instance, when New Orleans flooded, a frequent complaint from Bubble Dwellers was “well, why would you even LIVE in a place that’s on a flood plain? For God’s sake, just MOVE!” Sure, right. My whole family —  including my venerated grandparents, aunts and uncles, my beloved cousins — live here, people on whom I depend for support, people I love and take care of — but I’ll just *move* because there’s a threat of a flood someday. This is where my job is, the only source of income, and I’m barely surviving as it is, but — now that you mention it, I should just rent a U-Haul (at what cost?), drive to higher ground (at what cost?), rent another domicile (at what cost?), find another job (oh, THAT will be easy) and start all over.

For the Bubble Dwellers, this decision is simple, and they have every reason to think they’d have the resources to execute that decision. For them, the idea of not being able to afford a U-Haul is ludicrous, and the possibility of not finding another job is simply unthinkable. In their bubble, they have the privilege of taking these things for granted.

The gap between the reality of poverty/race and Bubble Dwellers is starkly evident with the discussion about contraception, in the wake of the Hobby Lobby decision. I am stunned — but shouldn’t be — at the people saying “just buy the contraceptives yourself, if insurance doesn’t cover it!” or “just change jobs if your company won’t cover contraceptives!” My favorite is “I don’t want to pay for YOU to have free sex!”

Oh, Bubble-Dwellers. Let’s break this down, shall we?

1) If I work at Hobby Lobby, and I am the primary wage-earner for my household, I’m not making a lot of money. Every single penny means something tangible to my family; it may be as small as a bowl of cereal, or as large as a pair of shoes, but every penny goes toward something ALREADY.

2) If I have to choose between paying for contraceptives and paying for a school activity, I’m going to pay for the school activity and just cross my fingers that my husband or partner doesn’t get me pregnant.

3) Read this one really, really slowly, because I don’t want to repeat it: contraception is NOT JUST FOR PREVENTING PREGNANCY. Sometimes, contraceptive pills are used to treat medical issues. There’s a bunch of material covering this already out there, so I won’t re-invent the wheel, but do yourselves a favor and read up on it.

If I have a medical issue that is treated with contraceptive pills, and I have to pay out of pocket for those pills, and I am as impoverished as the example I’ve been using, I’d probably choose to forego buying the pills. Without the pills, those medical issues will get worse, which may result in higher costs down the road. And how stupid is that?

I absolutely will not entertain conversations about birth control being the same as abortion. It’s a ridiculously ignorant position that doesn’t deserve my time.

People of color do not have the luxury of ignoring race. The color of their skin is the first — and sometimes only — defining feature with which people of color interact with our culture. So many assumptions are made about people based on their color it’s impossible to know where to begin. (Read this article for more.)

To suggest that a person of color can simply create a different reality in the culture we live in is to ignore reality, and casts aspersions on any person of color who voices an objection to the way they’re treated in this society. It’s a subtle shaming executed by Bubble Dwellers, who no more create their own privileged realities than underprivileged people do.

I saw another argument like this in Texas where one of the candidates for governor, who is refusing to inform residents about the locations of dangerous chemicals, said that anyone concerned could just “drive around and ask”. My head literally hit the desk when I read that. Drive around? Ask? First, you’re telling the residents that it’s THEIR responsibility to suss out that there *might* be dangerous chemicals being used or stored at local corporations, and to drive their cars *closer* to those chemicals, and to approach the people in charge of those corporations and ask “hey, is any of this stuff dangerous?” AND! The assumption he’s making is that the corporations will tell the truth! Right.

The attitude that I have the time or resources to go around asking corporations what they’re doing in my neighborhood is patently absurd. That regular people can afford the luxury of days off work or ignoring responsibilities for the time it would take to “drive around and ask” is a ridiculous assumption, but one easily made by a Bubble Dweller. Never mind that low-income people are disproportionately affected by chemical pollution.

Bubble Dwellers criticize those outside the bubble for not choosing things that are essentially luxury items, things that fall so far outside reality as to be a complete joke. There’s an old saying about walking a mile in someone’s shoes before you judge her; Bubble Dwellers would be well advised to step out of their comfortable domains, step into some worn down, holey, hand-me-down sneakers and start walking.

The exercise will do you good.