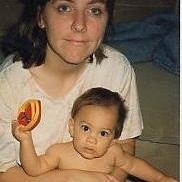 I’ve written extensively about my daughter, and a little about my youngest son Thomas, but in the background of these thoughts has always been my relationship with my oldest, Matthew. I need to correct that.

Matthew was the child who arrived when I was still a child, barely 21 years old, a college student pregnant out of wedlock, who married the father in a rush of “doing the right thing.”  In getting pregnant at 20, I so violated my parents’ beliefs and trust that our relationship was never the same. I went through that pregnancy alone, relying on my new husband, a musician, for stability and support.

When Matthew arrived two weeks past my 21st birthday, I melted into the well of motherhood. Becoming his mother changed me. I was in love, a feeling I didn’t know you could have for a non-romantic partner. Every thought I had was for him; his downy-soft hair, his tiny tiny fingers, the way his ear suctioned to itself while he was nursing, releasing in a gentle “pop” when he’d loll his head back, passed out in a milk coma. I lived for the moments he was awake and looking at the world, looking for me, the face he could see, the one thing he recognized in this new environment. He smiled for me, revealing a cleft in his chin, the dimple indicating he’d been kissed by an angel.

I was wrapped in the cocoon of motherhood, that space big enough for just him and me. When he wasn’t in my arms, I longed to have him in my arms, or to touch this perfect person who made complete a world I hadn’t before realized was lacking. I can still feel the weight of him in my arms, the smell and feel of him, at different stages, flashing through my sense memory like a tangible fast-forward video. His little bowed legs, when he started walking at 9 months and he looked like a cowboy, and the grin that lit his burnished features when he’d scamper away from me as I chased him down the hall. He loved to wander our home naked, just before a bath, and would run from room to room, eluding capture, with his naked butt shimmying around a corner just out of my reach.

He was my sun, the only happiness in my world, as the marriage I’d contracted myself into was everything you’d expect from a partnership based solely on shared parentage of an infant. This boy was my light and breath, the only family I had, my connection to the world as I sunk farther into the unhappy marriage I didn’t think I could escape. Matthew’s father and I created the most beautiful person on earth, and for a while, that was the only thing that made that marriage worthwhile. And his father loved him too, as much as I did, as much as he could, and that love was magical to see, and made me determined to make this right.

As Matthew grew, especially after Sophia was born, I worked to allow him to separate from me, as a child should, and fostered his relationships with other people. I was determined to prevent him from being caregiver; I wanted him to have a childhood, a real adventure, and not become simply an adjunct to Sophia’s medical needs. And I knew I was too tied to him, so I let him go in all the appropriate ways. Play-dates, school events, Cub Scouts…he asked me for big brothers, and with Cub Scouts, I tried to give him that. He jumped in with eagerness, first with the Pinewood Derby and popcorn sales, and then wholly invested in the obstacle courses, aquarium outings, the weekly meetings where he strove to be the most disciplined and attentive Scout there. He saluted the flag with his trademark seriousness, passionate about following the rules, sure that doing so would cement his success.

So sure that all I needed to do was follow the rules and everything would be okay, I taught him to follow that straight and narrow path. He attended Sunday school so he could get his First Communion with all the other 2nd graders in town, despite the fact that he didn’t attend Catholic school. He walked down the aisle to receive Communion with his hands pressed together across his Snoopy tie, the picture of a Good Boy. His sign of the cross was perfect, reverent, touching each mark exactly in the center, eyes closed and head bowed, the way God wanted.

When he was nine, I brought Tim into our lives, and Matt’s form of defiance began. This boy who had been the only male I had loved for 10 years suddenly saw his world change. He went from being my best buddy to being one of the kids, and it changed everything. He strove to prove to Tim that he, Matthew, was a grownup too, that he was strong and disciplined and determined. The moment they met, Matthew challenged Tim to a chess game. I don’t remember who won, but I know Matt took it very seriously, and, to his credit, so did Tim. But Tim didn’t know–and neither did I–that it was more than a chess game to Matt; it was a gauntlet, a battle of King of the Hill. Winner would determine who stays and who goes.

If I had seen the beginning of the relationship for what it was, I could have headed off some of their clashes, but I was too drunk in love with Tim to understand my role as Matt’s mom, too thrilled to have an actual partner to recognize Matt’s hurt at his demotion. Instead, their relationship roiled on, an immovable object against an impenetrable force, each of them taking turns at the roles. Tim is the sturdiest and sometimes loudest person I know; Matt believed that he just needed to follow the rules and he would be the victor. But it didn’t work that way, because it never works that way, and because Tim was the parent and I was the parent and we made the rules based on what was best for everybody.

He never rebelled in a classic sense. He fought and fought the concrete windmill of Tim’s authority, and I worked the back channels of marriage to make Tim understand what he was up against. These two wills, the force behind each of them a certainty of their “rightness”, battled weekly, adding to the tension of a household embroiled in problems from Tim’s ex-wife, from Tim’s parents, and the medical needs of Matt’s younger sister.

Fixing their relationship often took a distant fourth place, and it was in this time frame that I lost the connection I once had with Matthew. He became a teenager, I became steeped in the troubles of Sophia and Thomas, parent to the children who needed the most attention, helping Tim through his battles in court and with his parents. Matthew, my good and disciplined child, went deeper into Boy Scouts, where he could assert his will and rise to the level of authority he had lived his whole life to achieve.

When Matt became Eagle Scout, I was thrilled–but not surprised. Who but this child who believed life worked when you followed the rules would eventually follow every rule, check every box to achieve the highest rank possible in an organization built by his “big brothers.” He wore his Eagle rank with well-earned pride, with the beaming smile of a child who knew he’d earned this through every merit-badge promotion he’d marked off in his version of the Bible, the Boy Scout Handbook. He followed all the rules and achieved the ultimate success.

We had a party and all the relatives came, even the ones who didn’t like him much because he wasn’t part of their biological lineage. I was defiant about this party; Look, I silently said, at what MY child has achieved. Look at what has happened to this baby that you said would ruin my life. Look at what this half-Asian baby has done all on his own. He has worked his ass off to get something you could never even dream of. 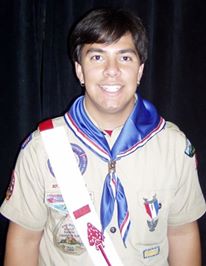 Later that year, my son went to Michigan State University. He didn’t finish his degree, and I am  completely comfortable with his decision. As an adult, he discovered what worked for him, and has moved away from the didactic rule-following that so strained his personality as a teenager. Collegiate life is not where he excels. But he still works his ass off in every job he’s had (and he’s ALWAYS had a job, full-time since leaving university), getting promoted over his peers in short order. He’s up for another promotion right now, ahead of people who were hired at the same time.

He’s still a rule follower, a box checker, a hard-line conformist who believes that achievement is reached if you just do what you’re told. In that way, he’s the purest form of my personality, the belief I brought from my Catholic childhood, the understanding that there is a straight and narrow path to happiness. He’s adapted his life to include some variance, and has built a life for himself and his girlfriend based on their mutual beliefs and commitment to the world. I admire the way he’s pursued a life that works for HIM, without consulting me or Tim or any other “authority” figure like I would have. It’s a crippling habit, checking in with family about your own decisions, and somehow Matt has pursued his life on his terms at a remarkably young age. I love that about him.

But I still feel the weight of that sturdy infant boy in my arms, the weight of his purpose and intensity holding me still. I love this child in ways I can’t quite express, because he came from a time I wasn’t clear about myself. But he is clear about himself, and it’s wonderful to behold. He’s my beautiful son, cleaved from my flesh, a defiant example of young motherhood, steeped in the Catholic tradition of rule following, but diverging into an individual so grounded, so stable that even his defiance fits within the straight and narrow passage to lifelong happiness.

I wish I could hold him again, this tough little boy, and tell him how much I love and admire him for who he becomes. He was my entree into parenthood, a force of determination and good, a passionate love I will never forget. My son.