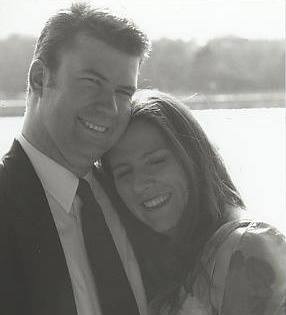 Since my father died, I’ve been surprised at the freedom of thought and speech that I feel. We weren’t in contact except for the occasional letter back and forth, but I was keenly aware of his presence in the distance, a governing force on my thoughts. Don’t go there, the little internal voice would say, in case Dad finds out.

And now he’s gone from the physical world, though I have felt a profound presence from him in my dreams. Is that a visitation? I don’t know. I just know that he’s shown up in a bunch of dreams, always silent, always just watching me. Not hostile, not judgmental, just there.

As my sister does the difficult work of cleaning out my Dad’s house, we’ve had many conversations about what happened in our relationships with our parents, particularly after we became adults. Some thoughts occurred to me this Father’s Day that, given my newfound freedom, I can put down in words.

When I got pregnant at 20, I made a conscious decision to *not* parent my children the way I’d been parented. My father, for all his intellect and culture, was very angry, and had little control of his temper when it came to us kids. The boys caught the brunt of his physical outbursts, but I grew up fearful of his swift and painful hands, of his raised voice, of the frightening upheaval of his temper.

I vowed to keep my children safe from such outbursts, to maintain my calm, to show them my love for them even in moments of frustration and discipline. I read books on effective discipline, on how to raise these people without crushing their spirits. I wanted to give them something I didn’t have; the absolute unconditional love of their parent.

Part of my conscious choice was bringing Tim into their lives. Aside from the fact that I loved him, I knew they needed another voice in their lives, someone to teach them skills and perspectives I didn’t have. It wasn’t about needing a “man” per se, but I knew my experience was limited to … well, my experience, and Tim, with his wholesome Canadian upbringing offered my children a sampling of the world I couldn’t offer.

Tim and I may well have been “fated”, I don’t know. I don’t know if I believe in all that. But I sought a partner who could do more than just be my mate. I looked for someone with whom I could parent effectively, someone who would share my commitment to raising the kids differently from the way I’d been raised.

We did butt heads, much of it about parenting, especially at the beginning. There’s nothing that teaches you more about what you believe about life and being a person than parenting, and nothing that can tear at a couple so violently as the difference in those beliefs. But we compromised, and agreed on how we would make decisions, and became skilled at managing conflict. Most of our stressors were external, so our focus became helping the children through difficult times.

Tim’s biggest strength is his ability to adapt when the situation demands it, to tack to new winds once he realizes he’s gone off course. When the kids became teenagers, we started looking at the long game; it was no longer just about teaching them the basics, it was about developing a relationship with them that would help them transition into adulthood, and nurture our connection with them as adults.

He is also deeply committed to being a father. It’s as much a part of who he is as being a mother is a part of who I am. He continues to cultivate relationships with each of the kids, with regular contact and unfailing support no matter what they’re going through. He has given them exactly what I had hoped to give my children; unconditional love. Without requiring that they follow certain rules, or walk an “acceptable” path, or think or act a certain way, he just loves them. And they have flourished in that love.

Tim shared with me that he heard from all three kids today, each with her or his own way of connecting with their Dad. They weren’t cards, or barbeque tongs, or some impersonal gestures, they were heartfelt acknowledgements of the depth of their relationships.

When we were in our 20s, like our kids are now, neither Tim nor I had that kind of open, loving relationship with our parents. Frankly, we didn’t have much of a relationship with our respective parents at all. While I miss having the kids around more often, this is a very satisfying time in my parenting life, and I suspect it is for Tim as well. To know that our kids trust us, will come to us for advice or just a sounding board, and *want* to spend time with us either on the phone or in person, without fear of judgement or rejection, without the need to prove they are deserving of our love and attention, makes me very proud of the job we did as parents. We worked hard for this specific moment in their lives, and now we are reaping the rewards; healthy, loving relationships with these people we brought into the world, the people we spent 20 years building our lives around.

I’m very proud of us.