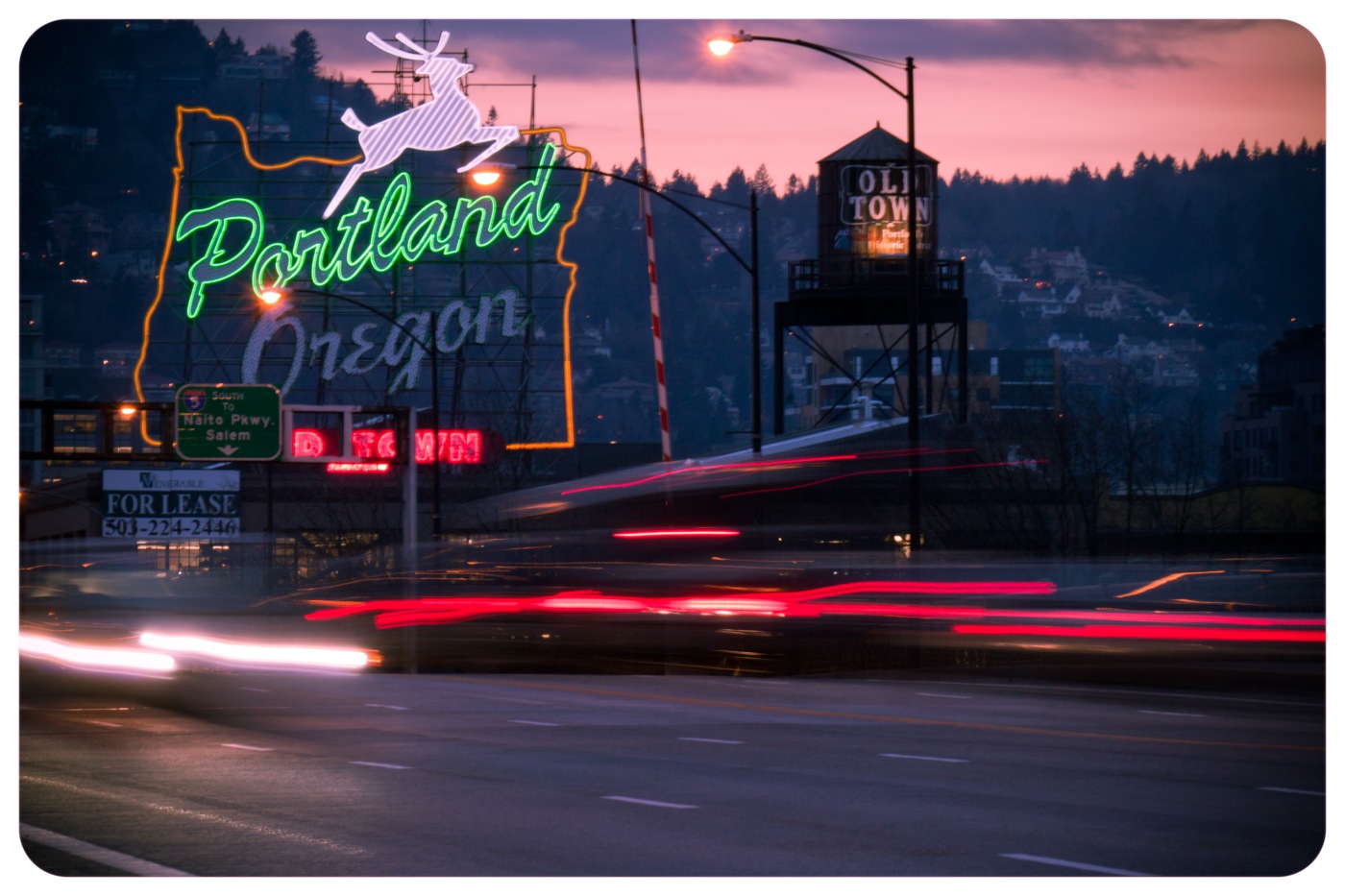 A couple of people are coming to visit me in the next few months. I’m pretty excited to show them my new city, particularly because I’m super excited about this place. Maybe you’ve noticed.

But I think it’s important to tell my friends about a couple of Portland quirks that took me aback when I first got here. I’d like to save them the surprise.

1) Portland will seriously f*ck with your sense of direction.
I am the opposite of directionally challenged. When I have a map or a list of directions, I’m golden: even without them, I can typically find my way around any area. I’ve done it in Chicago and suburbs, New Jersey, New York City, San Francisco, Salt Lake City, Reno, Seattle, and even Livingston, Montana.

Portland is a different story.

Maybe I got spoiled by Chicago’s grid system, or am flummoxed by the persistent overcast skies shrouding one of my tried-and-true navigational methods, but after almost two years of driving around this city, I still regularly lose my sense of direction. We have a river that curves around the city, so sometimes it’s north of you and sometimes it’s east of you. We have streets that meander around the side of foothills, and they often run both north-south and east-west. We have streets that end abruptly with no notice, turn into other streets, and then resume two blocks later.

And this town can’t build a decent merge ramp. Getting on and off the highway is a game of roulette, and you just have to be patient and recognize that it is not the idiot drivers, it’s the idiotic design of the ramps. They’re awful. I have so much more respect for Chicago’s roadways since I moved here.

A native Portlander once excused the street system in this way: the streets we use for cars were once cow paths, where the cattle were run from the farm to the river for transport. Okay, I get that. But it’s a really screwed up way to navigate. Fortunately, Portland is small enough that even when you do get “lost”, if you keep going, you’ll find your way back eventually.

And don’t even get me started on the terrifying, barely wide-enough-for-my-car overpass elevated portions of the highway required to get you to the aforementioned ramps. With their flimsy chain-link fences and unlit curves. It’s a pastiche of bad engineering that adds to the charm of the town–if you’re not the one driving at night in the rain on unfamiliar roads.

OH AND ALL THE ONE-WAY STREETS! Basically, you can’t turn left on Burnside. Or anywhere downtown.

My advice: don’t rely on your sense of cardinal directions for getting around. And don’t rely on a map. And be careful and patient on the highways. Seriously. Just…let somebody else drive. Like me. Hey, I only forget which way is north for about ten seconds, and then I’m right back in sync. It’s cool.

2) People will talk to you. Like, every day. Recently, I was walking out of a brand-new craft supplies shop (new letter-writing paper: mmmm.) when I encountered a woman standing at the threshold, thinking about going in. She asked, “Is it cute in there?” I’ve never heard that question before. I said yes. Because it was.

People I have never met or even seen before say hello, wave, make eye contact and even smile at me every single day. We talk about the weather and the snow on the mountain and whether we saw the unicyclist recently. Conversations are started on buses, in coffee shops and parks, in line at the post office, on the street and even at the DMV. I know the life stories of more people than I can count, and here’s the thing: I LOVE IT. It feels like I’m part of a community. Sure, many of us in this community are pretty strange, but that’s part of the beauty of it.

I know for some of my visitors, this will be a shock. Coming from Chicago, where making eye contact can be perceived as a bodily threat, this was a huge adjustment, but trust me on this one: it’s perfectly safe to respond when people talk to you. In fact, a surefire way to get treated like crap, like a tourist, like a non-native is to act freaked out when strangers talk to you. If you want the Portland experience, just go with it. It’s cool.

3) There are a lot of street people here. Like, a LOT. I thought I would get used to the numbers of people sleeping on the street, but because this is feeling like my community, I see the people living on the street as my neighbors, and it’s gotten harder to act like it doesn’t bother me. It does.

But I remember the shock when I first moved here. I have no remedy for you, because I have none for myself, but I’m trying to prepare you. Just know you’ll see this.

4) It rains. Deal with it. Bring a slicker and comfortable, water-resistant shoes. Do not worry about looking dorky or unfashionable; the risk of being wet and cold all day is not worth those awesome sandals you bought. Portland is plenty fashion conscious (albeit in a Lumberjack-Hipster vein), but the consensus seems to be that staying warm and dry is paramount. Oh, and skip the umbrella; that only works for rain that falls straight down. This is more like walking through an invisible sponge.

5) Dogs in stores. And libraries. And book stores. And coffee shops. And Target. And restaurants. Everyone has a dog, and dogs are everywhere. I kept expecting security to escort out the people owning the dogs, but that hasn’t happened once. Dogs are treated as speechless humans; every cash register has an attendant bowl of dog treats. And everyone pets everyone else’s dog, and asks questions about it. Next to tattoos, dogs are the number one topic of conversation I’ve overheard.

Number three on that list is tattoos of dogs.

Number four is tattoos ON dogs.

6) It is so freaking green and lush and nature-y here you won’t believe it. I still don’t. I still drive down Burnside every morning and think “good GRIEF this place is beautiful.” And the mountain! And the other mountains! I tell you, I’m STILL stunned by this place. There’s no way to prepare you, so I should have skipped this one. But. Wow.

7) Coffee here is AMAZING: but also tea. I started drinking tea like a boss out here, and it’s so awesome. And if I see you with a Starbucks’ cup I will slap it out of your hand and buy you Water Avenue or Spielmans (and a bagel!) or Stumptown.

I am still swooning for this city, almost two years into my life here. I can’t wait for people to visit to I can show you my favorite things. And for everyone who hasn’t yet planned their visit, we just added a futon couch to our assortment of places for people to sleep, so now we have two beds for visitors, three if our kids aren’t in town. Make your reservations now! Space is limited, but we’ll show you a good time.

One thought on “Visit Portland!”