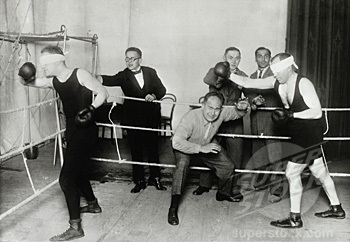 When I was in college, I took a couple of pre-law classes, including Constitutional Law. I was a complete nerd about legal texts, hanging around with my classmates discussing case law and comparative governments. It was the best year of my academic career. I’m no constitutional expert, but I have an interest in the subject.

While my direct study of constitutional law ended with cases decided before 1986 (the year my text was published), I have maintained more than cursory interest in civil liberties, and how our courts and populace determine and balance the rights of the individual and our responsibilities as a society.

There is an important phrase in civil liberties: “Your right to swing your arms ends just where the other man’s nose begins.” Zechariah Chafee.

I used that chestnut in my parenting days, and whenever I encounter a tailgater on the road. But recently, our culture has faced a number of challenges to the idea that individuals should be protected from the dangerous actions of other people.

In the last few years, the question of individual rights vs our responsibility as a society has popped up in notable ways. The Hobby Lobby decision, which established that “closely held” companies have a right to restrict access by their employees to birth control.

NOTE: this case was about *birth control*, not abortion. I won’t have this discussion hijacked by people who don’t know the difference. And no, the forms of birth control in question are *not* abortifacients.

Many of us feared that this decision could open the door to corporations claiming exemptions based on religious beliefs from federal laws. When you hear people talking about a “slippery slope,” this is what they mean; if you start heading down a path in the wrong direction, it’s all too easy for bad footing and gravity to take over. I’d say this decision was, in fact, bad footing for civil liberties. In this case, the rights of individual women have been judged to be less important than the rights of the corporation. That is, in my opinion, a dangerous position for the Court to take.

Enter the more recent case of the family in Michigan whose doctor has refused to care for their newborn baby because the parents are lesbian.

The doctor in question had agreed six months prior to the child’s birth to serve as the child’s pediatrician. She knew the couple were lesbians, and she agreed. Doc wasn’t asked to marry the couple, or to perform some other ceremony sanctifying their union, she was asked to oversee this innocent child’s health and well being. And she agreed.

And then she didn’t.

Because she prayed about it and decided that she couldn’t.

I do appreciate a person who really considers her moral compass, checks in with her own sense of right and wrong when making a decision. Decisions should be made carefully, and with full understanding of the implications.

But did she consider the ripple effect of her actions on her community? The same community she has vowed to serve? Did she think about how this would affect the baby whose care she refused? The couple she denied?

How about the medical community at large?

What a slippery slope THAT is.

This doctor did not violate any law in discriminating against this couple. That’s because only 22 states in our huge country have determined that it’s illegal to discriminate based on sexuality. Less than half.

And so this doctor has every “right” to discriminate.

Now that she’s done it, I’ll just bet there will be others who decide they’re going to do it too.

From the looks of things, our country has decided that individuals are not as important as the public entities who serve them. The powers that be have decided that the people in power get to decide who is worthy of rights and who isn’t.

What we decide to do as a society defines our national morality. To allow business decisions between individuals and public entities to sift through and decide who they want to serve, to selectively apply their own morals in a public sector without any thought to how their actions violate the rights of the people they chose to serve is bad precedent.

If we allow corporations serving the public at large, doctors who serve their communities (and not, you know, only specific religious communities, REAL communities, with real people, which sometimes *gasp* includes lesbian couples!) and function under the aegis of “first do no harm” to pick and choose like this, we are saying “sure, it’s okay if some of us want to discriminate. It’s fine, you know, because those people REALLY BELIEVE what they’re doing.”

What a patently absurd argument.

Your right to swing your arms ends just where the other man’s nose begins.

Except if you really, really believe that you have the right to swing your arm, then you just go ahead and hit whomever you want.